Techophilia – Are we in a toxic relationship with our personal technology?

Marc Fennell chaired the Festival of Dangerous Ideas “Technophilia” session about this topic, discussing it with Silicon Valley author Martin Ford & Professor Marc Lewis, a Dutch cognitive neuroscientist whose is currently working on an integrative review of the neuroscience of addiction. 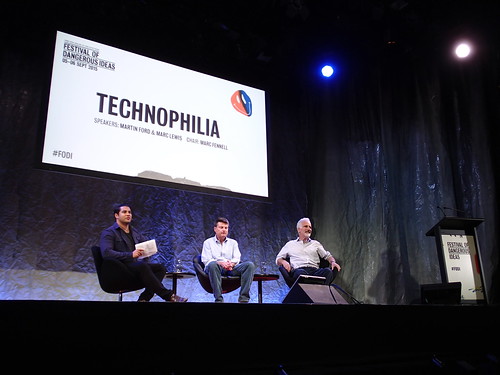 Event chair Marc Fennell commented that none of the audience could do without their mobile phone for a day. That is incorrect because I have been without mobile/internet for days when travelling to remote places. 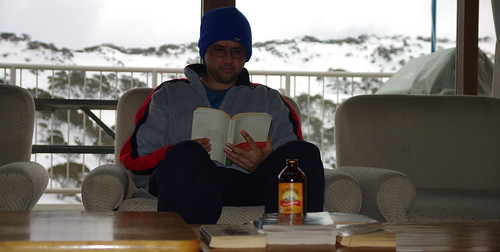 It was really nice to be able to concentrate on reading a pile of books or just stare out the window at snowflakes without the constant attention interruption of incoming calls, emails, messages and social media updates. 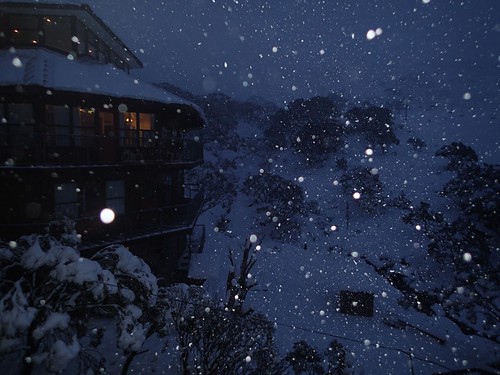 Is our bias against digital and for analog valid or just familiarity with a historical norm? Paper books aren’t necessarily inferior to reading on an e-ink ereader device like Kindle or Kobo. 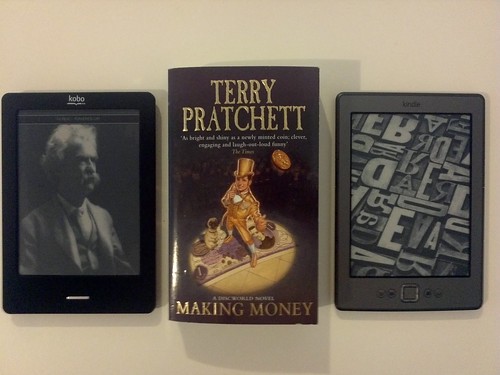 On the other hand while communicating online is great and can lead to strong bonds being formed these online relationships are good but differently so to meeting a friend IRL (in real life) where interaction has so many more communications signals eg a big hug or beaming smile.

Later on the discussion turned to whether it would be good to live forever? My strong feeling is No. If we did ecosystems would collapse due to overpopulation, it would get harder and harder to find new novel experiences, people would get ennui (bored) and suicide rates would skyrocket.

Should we program human ethics and morality into Robots/AI? Who says humans do that best, perhaps robots could be better than us? Anyway what if we do it incorrectly?

Martin Ford thought that famous science fiction author Isaac Asimov’s famous 3 laws of robotics (outlined below by Asimov himself in the video below) have already been broken by autonomous warfare robots that exist today.

Asimov’s First Law: A robot may not injure a human being, or, through inaction, allow a human being to come to harm.

Asimov’s Second Law: A robot must obey the orders given it by human beings except where such orders would conflict with the First Law.

Asimov’s Third Law: A robot must protect its own existence as long as such protection does not conflict with the First or Second Law.

Towards the end the discussion turned to whether we are addicted to our jobs as a means of making a living and providing a meaning for our lives.

This is one of my favourite topics of interest, #JobsFreeFuture which I have written about in detail before.

How will unemployed people survive economically and find fulfillment in life? The concept of a Universal Living Wage could be interesting if combined with Community Builder Marcus Westbury’s trend of identified accelerated trend of many people around Australia becoming artisans making bespoke art, crafts, other hand made things and selling these to their local community as well as the world via the Internet. If you’re interested in this I suggest reading Marcus’s new book Creating Cities and watching his ABC TV series “Bespoke”.

Note: My ticket for this event was supplied by Sydney Opera House sponsor Intel Australia.

Digital Strategist Joanne Jacobs was also at the event and wrote a close to verbatim live blog of the discussion.