EDITOR: After 4 trips to Japan, my friend Kat Clancy has come up with some great tips that foreigners (gaijin) should keep in mind before travelling to Japan. GUEST ARTICLE: If you are going to venture outside of Tokyo, you will very likely benefit from a Japan Rail Pass. The JR pass has to be bought by foreigners from their home country before they travel.

The JR pass enables you unlimited travel on all JR lines throughout Japan, with some exceptions. It even includes the ferry trip to Miyajima from Hiroshima.

If you do purchase a JR pass, try to book accommodation near JR lines, as it will save you a lot of money! Throughout Japan you will need to take off your shoes when entering accommodation, restaurants, temples, shrines and other places. To make this as efficient as possible, wear slip on shoes or Velcro strapped shoes. It becomes a hassle having to untie and tie up shoelaces throughout the day.

If you want to stay at western style hotels and eat western style food then your trip is going to be expensive! An urban myth is that Japan is an expensive place to visit, however it costs just as much as any other developed country such as the USA, UK and other European countries.

Don’t expect to eat a lot of beef, and stick to eating lots of noodles (ramen), rice and other Japanese style foods to keep costs at a minimum! Most restaurants, and even a lot of fast food places offer free water or green tea refills so you may not even need to purchase a drink with your meal. 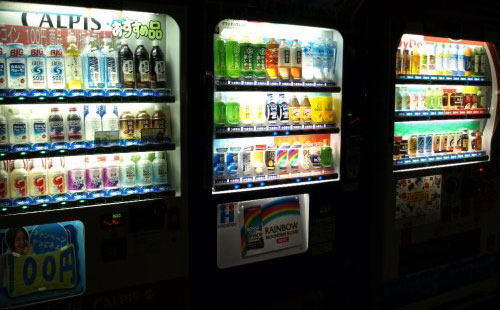 Japan has some of the best-rated hostels in the world. Chains such as K’s house offer better accommodation than 3 and even some 4-star hotels in Australia. Most hostels have free wi-fi and computers with Internet access available for free or at a minimum cost.

Also, hostels in Japan are frequented by all ages! I’ve come across a couple in their 70’s in one and a high school tour group in another. The facilities may be brilliant, but don’t expect a lot of space for accommodation in Tokyo! The city is so big, that space is used in the most efficient way possible! There’s so much to do in Tokyo that you shouldn’t be spending much time in your hostel room anyway.

Also try and experience at least a night in traditional accommodation called a ryokan. This includes sharing a bath with members of the same sex. Most ryokans display English instructions on how to use the shared baths.

One of the most popular websites in the world is ratuken.co.jp. Book your accommodation through here if you are after a hotel or ryokan. Just try and stay away from the Business hotels, as they are usually full of businessmen and contain mostly smoking rooms.

If you are worried about your limited Japanese knowledge, don’t panic! If you stick to Tokyo, Hiroshima and Kyoto you will be fine. All trains in Tokyo announce the next train stop in English and most train stations throughout Japan display information in English. I am not fluent in Japanese, but have loosely translated some common phrases below that you will definitely use! The Japanese may not be perfect but they understood me!

Japanese people are the most polite people in the world.

Most Japanese people know a little English, so if you are lost or want to ask a question, just approach someone and ask! Especially at train stations. One time I was standing in front of a map looking completely lost and a man approached asking in perfect english where I wanted to go. He then walked 30 minutes out of his way and showed me to the door of where I wanted to go.

This guest article has been written by my friend Kat Clancy. Having studied Japanese all through high school and going on a student exchange for 8 weeks, she’s always wanted to go back to Japan and explore the variety of temples, castles, food and technology. After delaying the return trip for several years due to ill health she’s since been back twice in the last year and would love to work and live there

10 thoughts on “Top Tips for Foreigners (Gaijin) Travelling to Japan”