If you’re wondering whether it’s worth spending a day exploring the Belém district of Lisboa (Lisbon) then I can reassure you it is, especially if you have interest in world exploration and maritime history.

To reach Belém you have a few options. Either catch tram 15 or 127 from Praça do Comércio (Comercio Square) near the Tagus river and get off as soon as you reach Jeronimos Monastery or catch a taxi/Uber. We opted for an Uber as it was 8am on a weekend with no traffic so the price was the same as public transport. 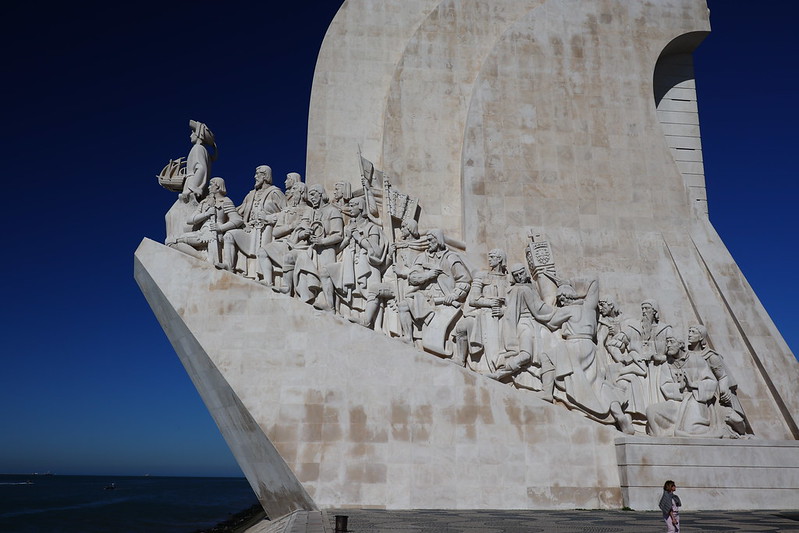 First we walked to the Padrão dos Descobrimentos (Monument to the Discoveries) which is designed to:

“represent the prow of a ship when viewed from the banks of the Tagus and as a Latin cross when viewed from Jeronimos Monastery and the rear of the monument. The carved figures along the western side depict the explorers and adventurers of the 14th century golden era while the eastern side the supporters and financiers of the expeditions are captured in stone. The monument is positioned on the old harbour of Belem where many these voyages of discovery originated but the harbour no longer exists as it is filled in by the altered flow of the river”. 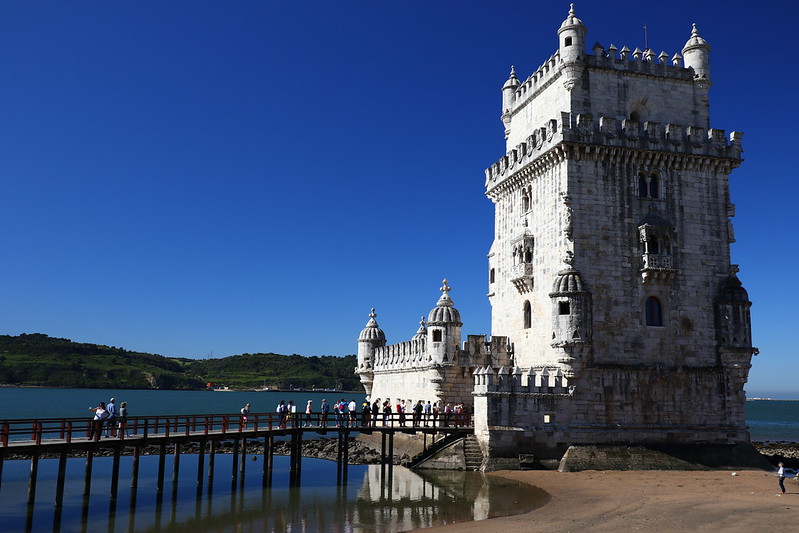 “A small fort that was constructed in the centre of the Tejo Estuary to guard Lisbon from seafaring raiders. The fort was lavished with beautiful and intricate details that include North African Moorish styled watchtowers and shield shaped battlements”.

Of course we tried out the world famous Pastéis de Belém, frankly I was quite disappointed after all the hype. 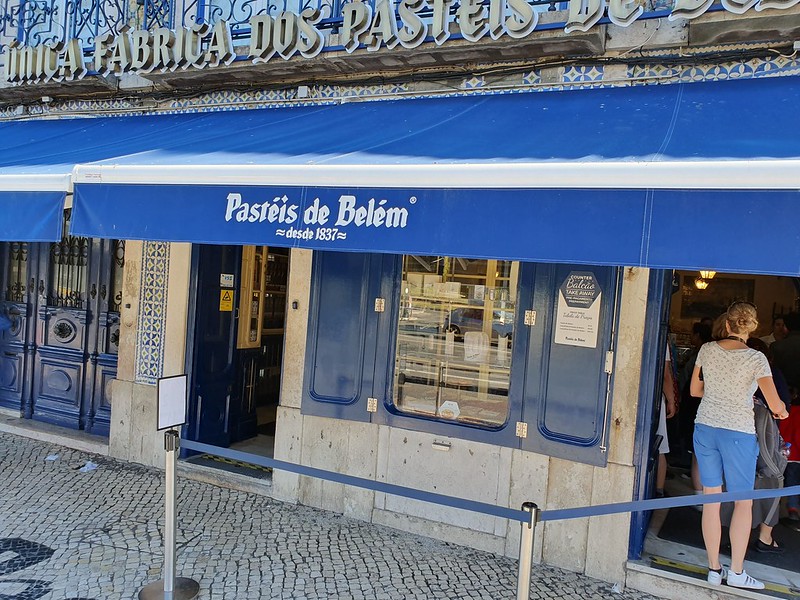 Reflecting it’s popularity the inside area was huge with many seats. Once we found seats, the waiter that approached us was grumpy, didn’t speak English and was keen on rushing us to order even though the menu didn’t have much detail. 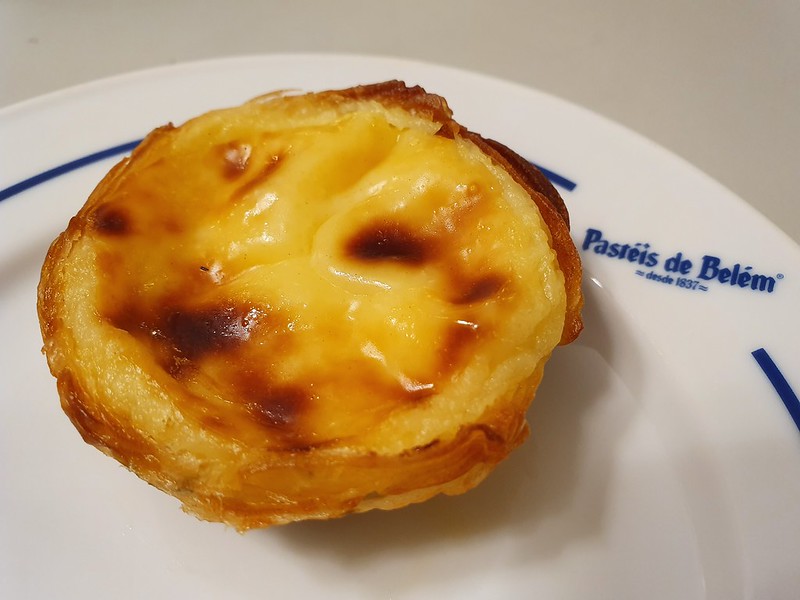 I didn’t really enjoy this lack of ambiance. The pasteis de nata was tasty but not as good as Manteigaria, which I blogged about at Lisbon Portugal Holiday Photo Highlights: Amazing City More Than Just Tiles & Custard Tarts.

Seeking a break from the heat we decided to visit the Museu Coleção Berardo. This is an excellent modern & contemporary art museum chronicling the 20th century and even better it was free entry on a Saturday. 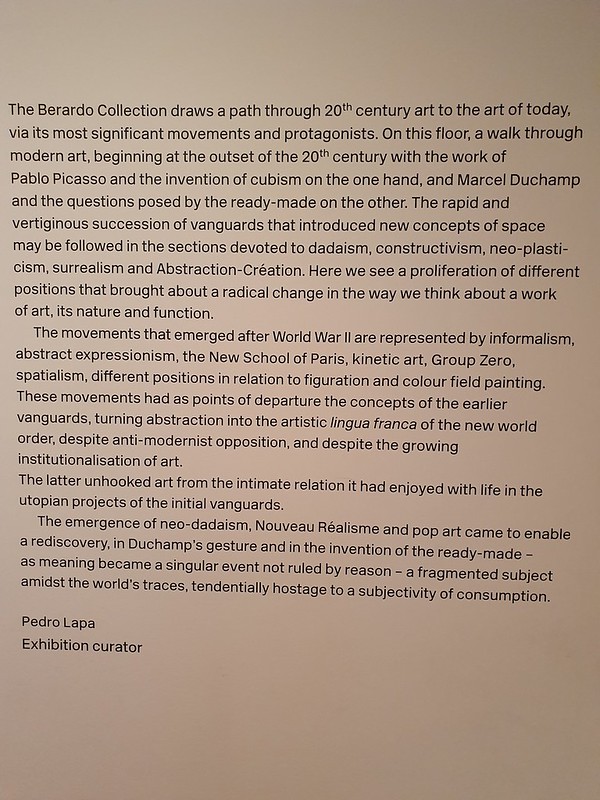 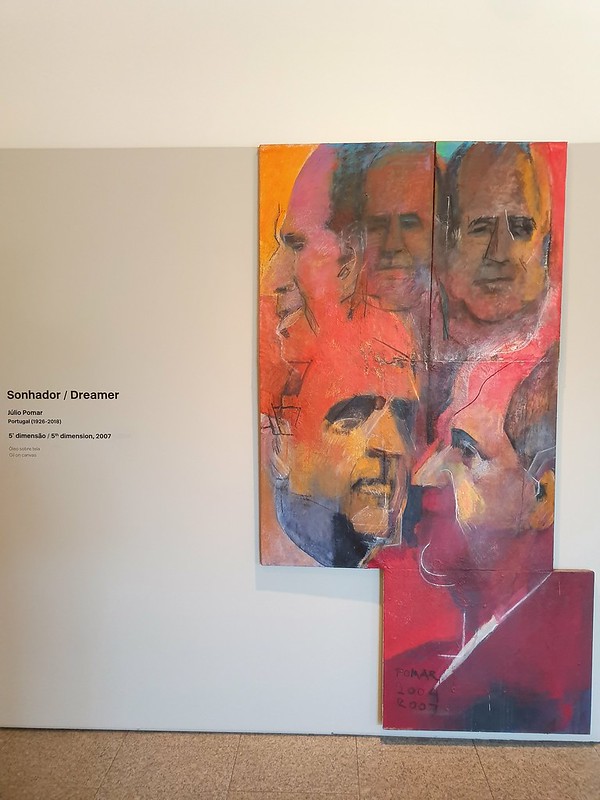 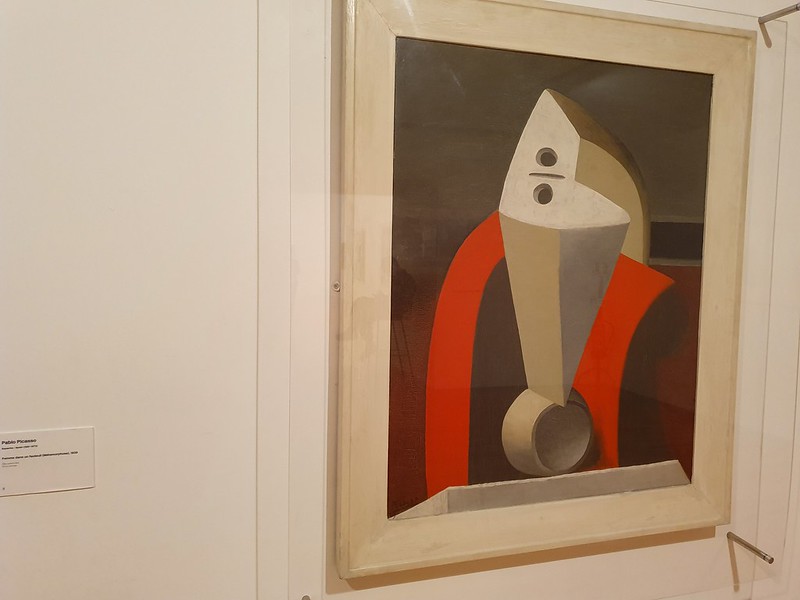 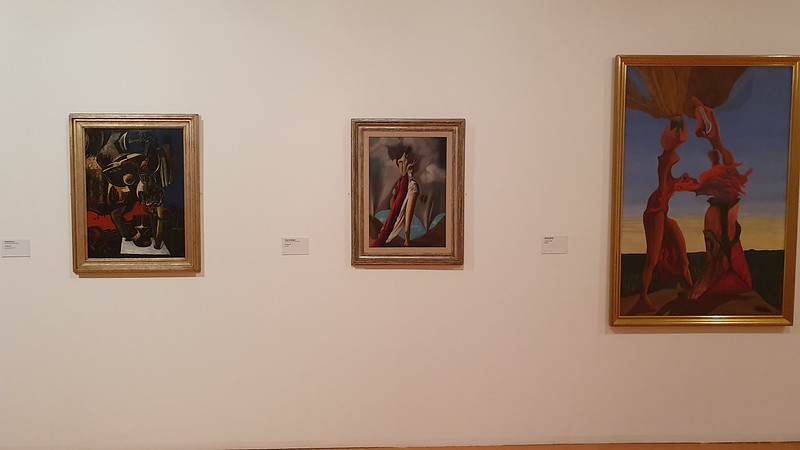 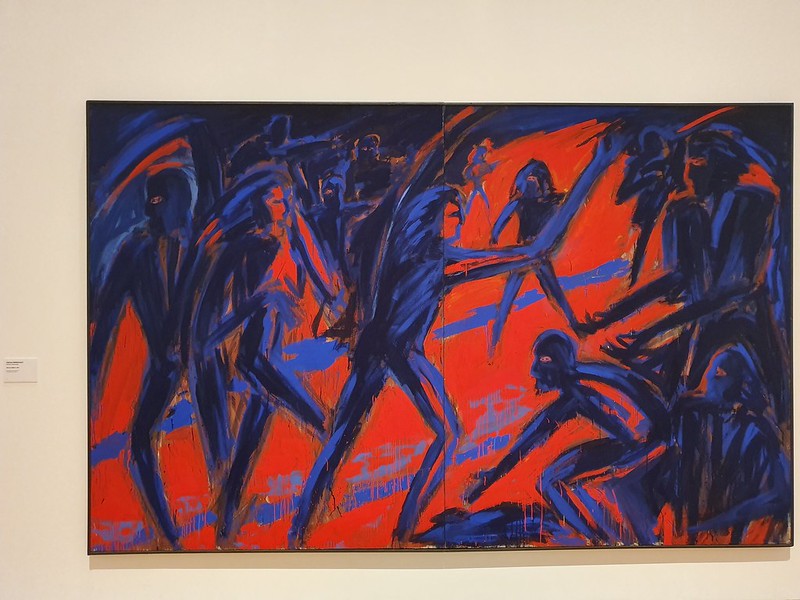 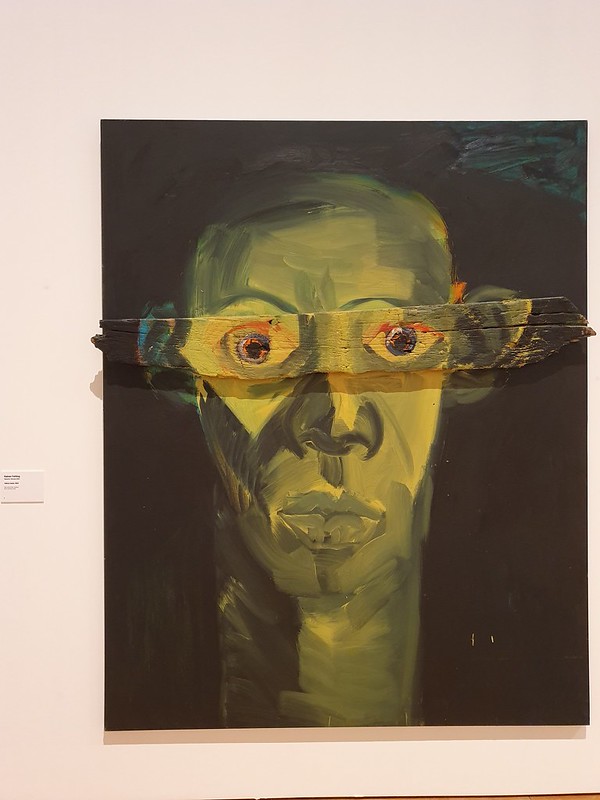 Our initial plan was to visit the Jerónimos Monastery, which is a fine example of Manueline architecture. Unfortunately it’s also very popular and we weren’t keen on the large crowds so we had a look at it’s exterior rather than paying to enter. 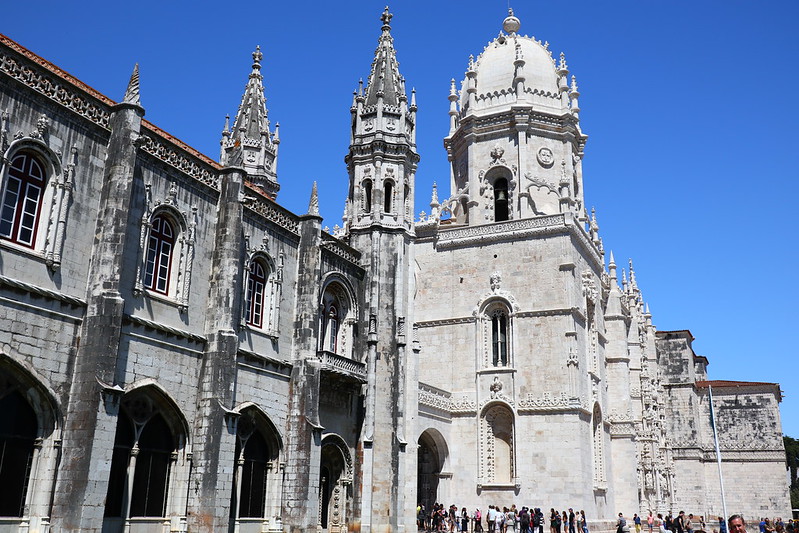 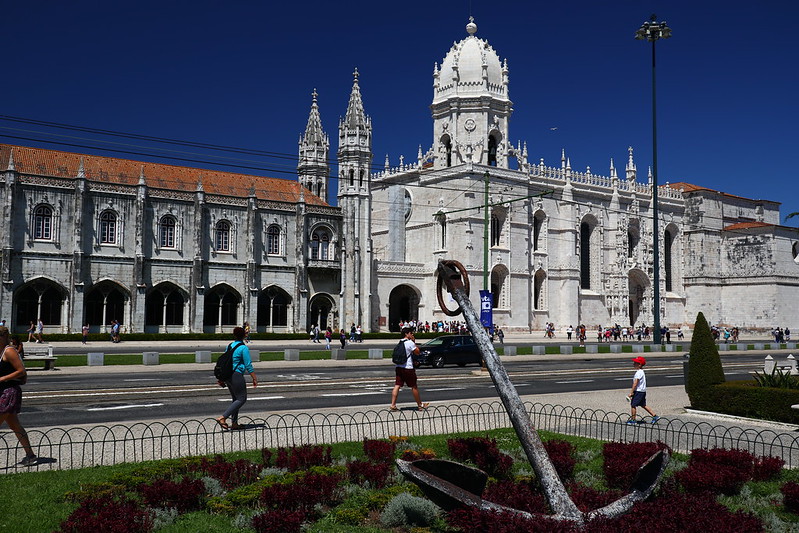 After I googled why there was a large ship anchor across the road we decided to visit the Museu de Marinha (Maritime Museum) instead. It was the right choice for anyone interested in learning about maritime voyages of exploration across the world.

To begin with you’ll be wowed by the huge wall sized artistic map of the World, depicting how it was divided up between Portugal and Spain. To see the full high resolution map, click through to Flickr where you can zoom in on the photo up close. 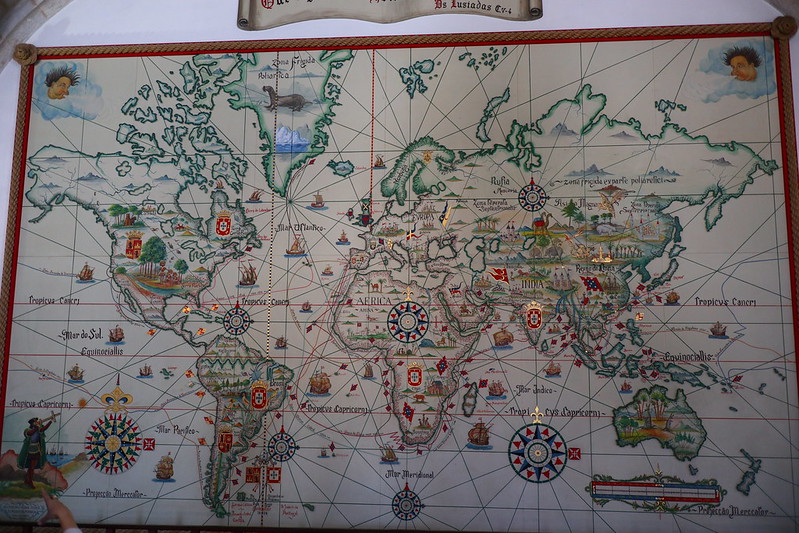 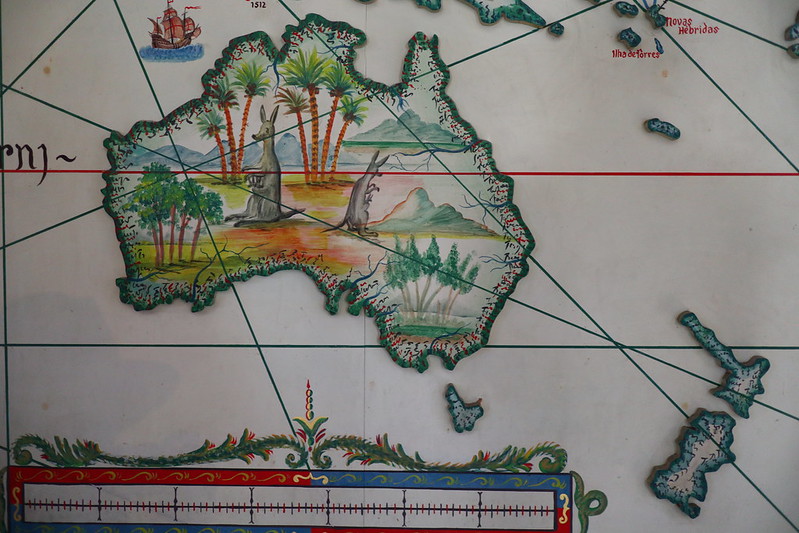 There are lots of descriptive notes near each exhibit in Portuguese and English so you can learn about the roles played by Prince Henry the Navigator, King Manuel, Vasco de Gama, how the sailors navigated the vast oceans etc. 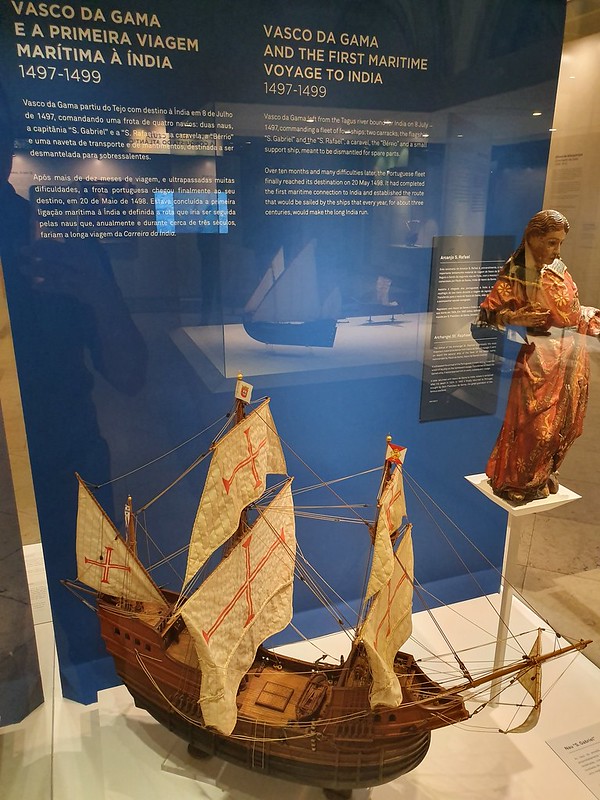 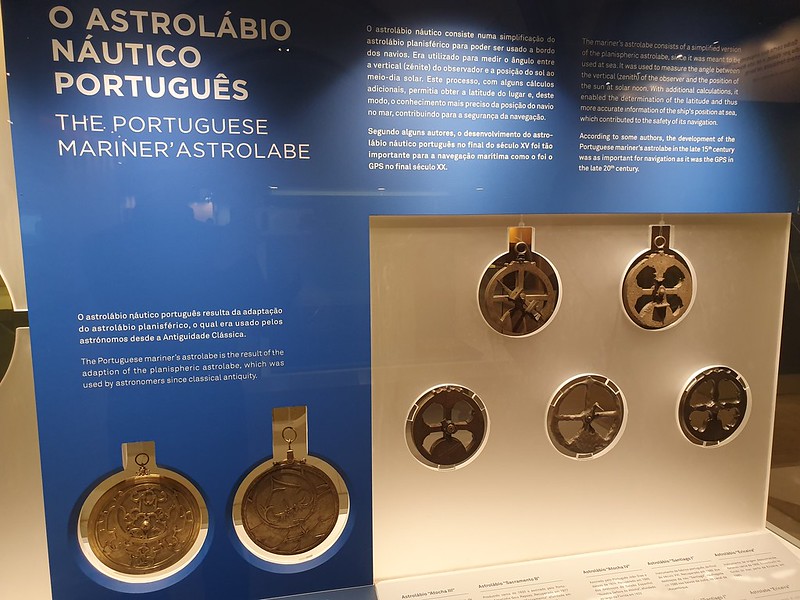 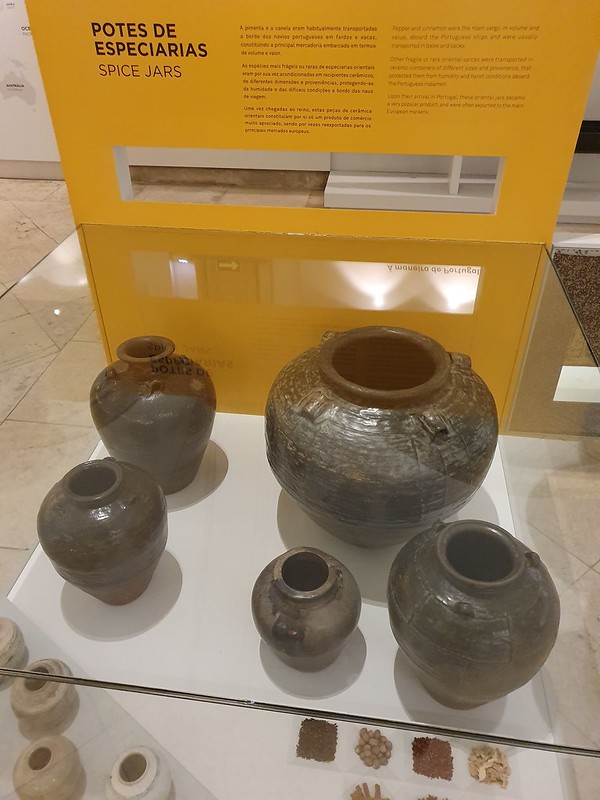 After the museum covers the golden age of Portuguese navy and merchant exploration it switches to covering their modern Navy which is of less interest to non-Portuguese visitors.

If you’re a fan of model ships and boats there are dozens spread across the museum, probably over a hundred in total. 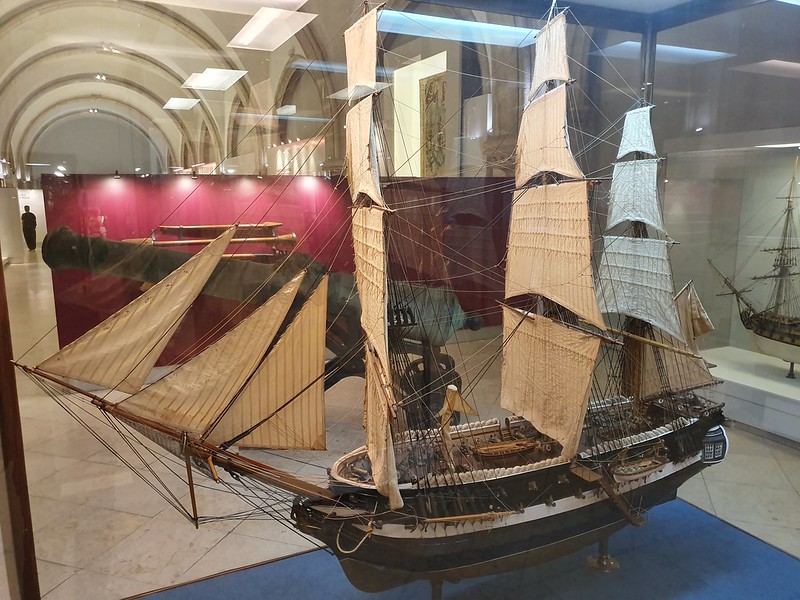 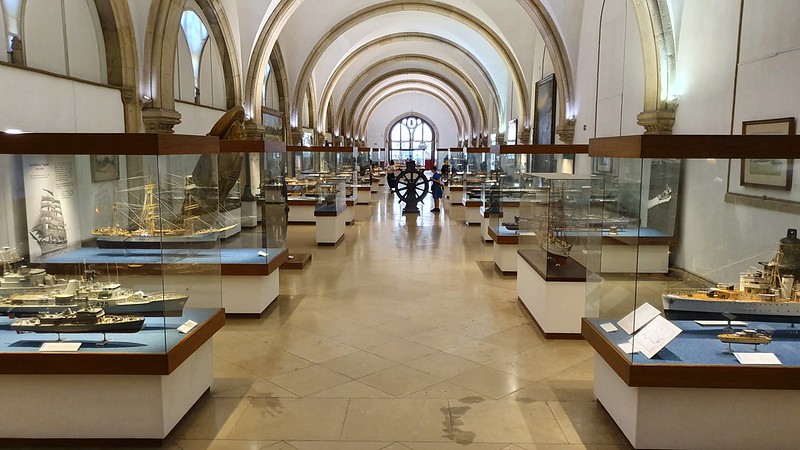 You can see all of my Belém photos on Flickr in full high resolution or by scrolling through the slideshow below.