GUEST ARTICLE: Sydney Harbour can be mesmerizingly beautiful and has many walks following the harbour coastline leading to secluded beaches and houses tucked away on the trail. The Spit Bridge to Manly walk is one such trail beginning at the Spit bridge in Seaforth and ending 9 kms later at the Manly ferry wharf from where you can catch a 30 minute ferry ride back down the harbour to Circular Quay, just next to the Sydney Opera House and Sydney Harbour Bridge.

The day began with a bus ride from Carrington St outside Wynyard station in Sydney’s CBD, to the Spit Bridge, low in the valley. The bridge itself is busy with noisy traffic which belies the beauty of the walk ahead. Very quickly we reached a trail and began to walk along the harbour.

Thanks to the wonders of modern technology (Neerav’s Google Android mobile phone), the entire journey from Sydney CBD to Manly Wharf was logged and tracked using GPS

View Spit Bridge To Manly Walk (incl. bus there) in a larger map

The trail can be rocky and steep on occasion but accessible to most walkers including children as long as you wear sensible runners/sneakers (not suitable for strollers).

Taking one of the many available short detours can lead to some surprising discoveries – our intended lunch spot was to be near the lighthouse, but a detour to the left on that side trail led us instead to an area overlooking North and South Head at the mouth of the Harbour in beautiful winter sun.

There are also several opportunities to walk off the track and enjoy the sea breeze, explore rock pools and go for a swim. 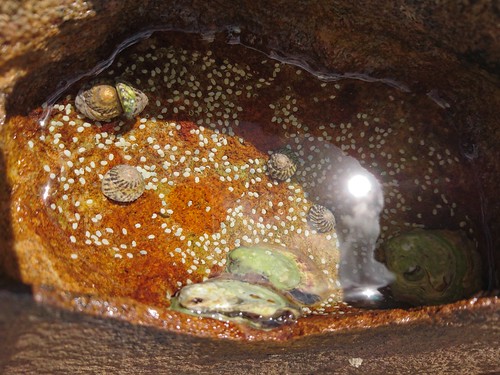 Another detour took us to view some Aboriginal rock carvings which have been preserved for public viewing. However, the highlight of the day was a chance encounter of a Pelican on a secluded beach who was too intent on lunch to be perturbed by nosy photographers.

If the day you take the walk is sunny then it’s quite likely you’ll see plenty of lizards such as this Eastern Water Dragon absorbing sublight on nearby rocks. 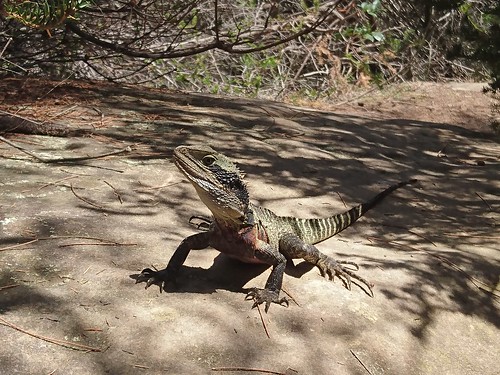 All in all the walk took us around 3.5 hours at a very leisurely pace with 3 stops on the way including lunch. There are more people on the trail at the weekends so if it’s a secluded walk and ferry ride you’re after then a weekday is recommended.

However, if like us you end up going on a weekend, it is still a walk that is well worth doing and taking a camera along.

This travel diary has been written by Heidi Allen

Heidi has over 15 years experience in the publishing, health and education industries, working internationally in England and Australia. She presents on social media marketing and strategy and is also part of the team at HealthEngine.com.au, a medical search directory launched in Australia. She can be found on Twitter and LinkedIn. 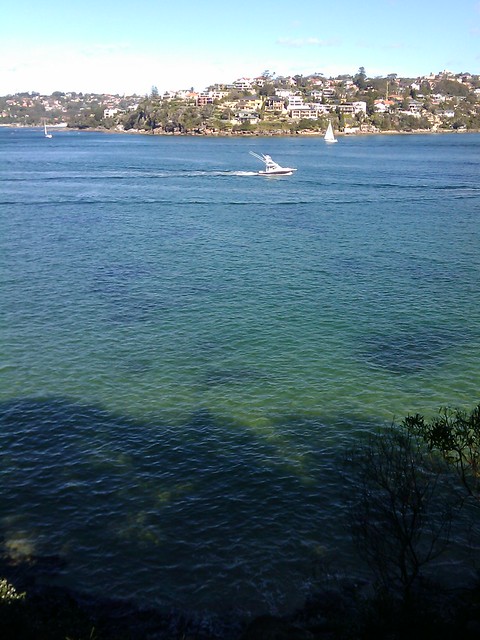