I used my Sydney Film Festival press passes to review 3 films with a “journeys” theme: “Space Tourists”, “Cane Toads: The Conquest” and “Turtle: The Incredible Journey”. This shouldn’t surprise anyone considering my other website is called Road Less Travelled 🙂 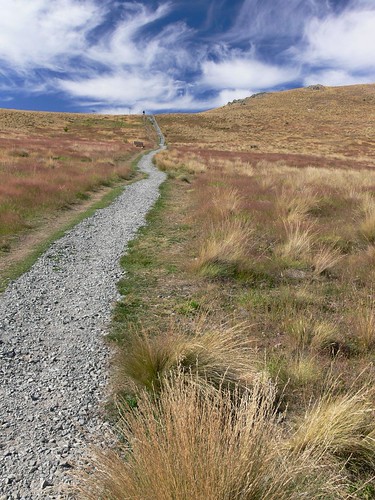 As a fan of space travel books, films and documentaries, watching the Sydney Film Festival documentary “Space Tourists” invoked a mixture of despair and hope in me.

Despair because I wonder if the glories of NASA and the Russian space agency golden days will be reduced to displays at museums and Kazach farmers using space junk as roofing material and agricultural implements.

Hope because it is possible that private companies like Virgin Galactic and Space X will compete vigorously and succeed in creating cost effective rockets and space ships that can take civilians to LEO (Low Earth Orbit) and beyond.

The film weaves two parallel storylines together to contrast the experience of magnum photographer Jonas Bendiksen’s exploration of decaying soviet era space infrastructure and roving scrap metal scavengers who track down space junk falling from the sky with American/Iranian entrepreneur Anousheh Ansari’s experience as a space tourist to the International Space Station (ISS).

In the end the viewer is left to wonder whether humanity will become earthbound and preoccupied with the many terrestrial problems or continue a long tradition of exploration and satisfying the urge to see what is beyond the horizon.

As Ansari says in the film:

“Space is our future. We backup our computers … we backup everything but we never think about backing up our own species.”

“What happens to our race if something goes wrong on our planet here? We have to have a plan to save at least part of our race, a portion of our species”.

Space Tourists was awarded the World Cinema Directing Award for Documentary at the 2010 Sundance Film Festival.

I also wrote an article for the Australian Broadcasting Corporation (ABC) website about the future of manned space flight, inspired by watching this Space Tourists documentary.

Forget the war on drugs and terrorists, theres a seemingly unstoppable force which has been invading Australia since the 1930’s and now numbers over 1,500,000,000 (1.5 billion) … the Cane Toad (Bufo Marinus).

To many people, voluntarily watching a 3D documentary about Cane Toads would be unthinkable.

However the Sydney Film Festival screening of “Cane Toads: The Conquest” was well attended and the audience clearly enjoyed the experience, with regular outbreaks of laughter across the theatre.

Nicknamed “Ava-Toad” at the 2010 Sundance Film Festival, “Cane Toads: The Conquest” is the first Australian feature film shot in 3D from start to finish.

While some films being shown in theatres at the moment have been converted from 2D to 3D to cash in on the Avatar phenomenon, Lewis said his film was shot in native 3D to immerse the audience in the toad world. The 3D effects were quite good on the whole, especially for still or slow motion scenes.

The film takes us from the lush canefields of QLD to the dusty heart of Australia and is just as much about the great Australian characters who live in the tropical north and outback as the relentless toad colonisation march westward.

During the post-screening Q&A session the Director Mark Lewis explained that Cane toads have evolved as they travel, to the extent that the fastest and strongest toads on the front line breed with each other in “Olympic Village” style to create even more superior future generations of toads.

Lewis said that his goal was to be entertaining and switch between serious science facts and personal stories like a pet dog that is addicted to licking Cane Toads for the mild LSD-style high it gives him.

The award winning short animated film “Cane-Toad” (completely unrelated to “Cane Toads: The Conquest”) by Andrew Silke and David Clayton is about a cane toad called Dazza visualising the possible gruesome deaths that his missing cane toad friend Baz could have experienced. To counter the cane-toad problem the Australian people (especially Queenslanders) have unsuccessfully tried to kill cane toads in several creative ways outlined in the short video below.

I like documentaries but was disappointed with “Turtle: The Incredible Journey“.

The documentary is based on the true story of a loggerhead turtle and its remarkable 20+ year journey around the North Atlantic ocean.

Narration is by the british actress Miranda Richardson whose voice should be familiar to viewers from her appearances in the classic Blackadder tv series and more recent Harry Potter movies.

Born on a beach in Florida, the newly hatched turtle rides the Gulf Stream up towards the Arctic and ultimately swims around the entire North Atlantic across to Africa and back to the beach where she was born. But the odds are stacked against her; just one in ten thousand turtles survive the journey.

She faces many hazards, her siblings are lost in the doldrums of the Sargasso Sea, she comes face to face with creatures of the deep and nearly dies at the hands of fishermen. She travels up north but she drifts from her life current, the Gulf Stream, into dangerously cold waters.

When she finally reaches the Azores on the other side of the Atlantic, she sees the greatest celebration of life on the Earth as sperm whale and baitballs explode from the water. But deep and powerful changes are happening in the oceans – the fish are disappearing, sea levels are rising, the turtle’s birthing beach could be washed away and bring a way of life to an end.

Then her calling comes, she must return to her beach. When she finally reaches the shores of Florida, 25 years will have passed!

Under a million stars, she crawls out of the sea to lay her own eggs and keeps the Turtle’s Journey alive.
– Film synopsis

Although I am concerned about the plight of sea turtles because their numbers are declining due to over-fishing, at almost one and a half hours in length i felt the film is too long and needed editing to be shorter and more punchy with its message. It would have been more effective if roughly an hour long instead.

Find out what you can do to help sea turtles at the Save our Seas website.