Since 2006 Mark Strong and Guy Gadney have highlighted their selection of the most interesting and innovative online films as part of each years Sydney Film Festival.

This event was a free part of the Sydney Film Festival which meant that I didn’t have high expectations but it was well organised and quite interesting, I would have paid the standard festival ticket price to see it. 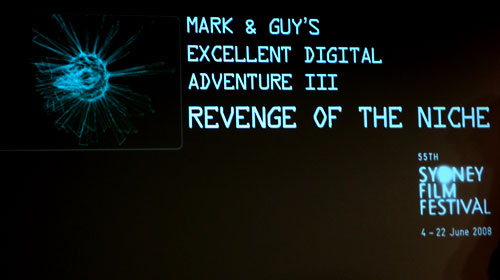 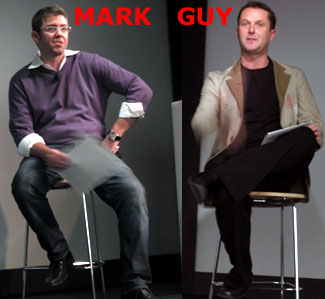 Guy Gadney has worked in digital interactive media since the early nineties, graduating from videodisc and CD-ROM production into the internet and interactive television shortly afterwards. He’s currently the GM Digital Services at PBL Media 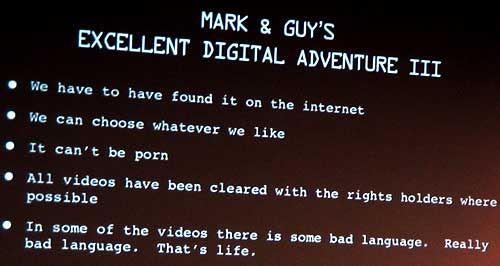 Elephants Dream is the world’s first open movie, made entirely with open source graphics software such as Blender, and with all production files freely available to use however you please, under a Creative Commons license.

A Young Girl Helen is collecting feathers for a pillow she’s making. In order to complete the pillow she wishes for hundreds and hundreds of feathers. Helen’s wish is granted but at a cost. Directed by Brent Armfield. Funding from NSW Film & Television office. Distributed through Niceshorts and Atomfilms.

After years of repression, a woman journeys back to her past and confronts memories of teenage abuse. Adapted from selected poems by renowned Hawaiian author Lois-Ann Yamanaka, Silent Years tells a universal story using the unique dialect of Hawaiian Pidgin English.

Not supposed to be available online yet. Found a slow loading copy at a Chinese website. Photo of Hacksaw below taken during the Sydney Film Festival screening, 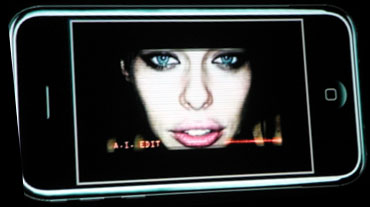 Food Fight is an abridged history of American-centric war, from World War II to present day, told through the foods of the countries in conflict. Watch as traditional foods from different countries slug it out for world domination in this chronologically re-enacted smorgasbord of aggression.

The story of OEDIPUS, in 8 minutes, performed by vegetables, in the tradition of BEN HUR.

The life of a single mother is never easy; and the domestic woes for one mom and her young boy are exacerbated by the child’s visions of a haunting monster. Does the problem lie in his youthful imagination, or does the issue run deeper? Is there a real monster in their house?

Kate Modern is the first international spinoff of the most popular show on the internet, lonelygirl15. Set in London it revolves around the lives of four young adults struggling to maintain a normal life while battling dark forces that threaten to destroy them.

United 300 is a short film that spoofs United 93 (2006) and 300 (2007). It won the MTV Movie Spoof Award at the MTV Movie Awards 2007. The short was created by Andy Signore along with some of his friends. During his speech, he said, roughly, “The film was not making fun of a tragedy; it was a tribute to those who stood up against tyranny”

Each webisode of Sanctuary follows the exploits of Dr. Helen Magnus (Stargate SG-1, Stargate Atlantis) as she seeks out all manner of terrifying and monstrous creatures. She is aided in her quest by her reluctant protégé Will Zimmerman (Dawson’s Creek, The Big Hit, Species 3) and her intrepid, if somewhat reckless daughter Ashley (Battlestar Galactica). Together they will be drawn into a frightening and mysterious world populated by beings that defy explanation.

Sanctuary has to date been the highest budgeted direct to web broadcast show. You can buy episodes of Sanctuary at Vuze.com