SBS TV will broadcast daily highlights of one of the toughest races in the world, the Dakar Rally at 6pm from Sunday 3rd January to Monday 18th January 2010 as it returns to Argentina and Chile in what should be an even more challenging and exciting rally than last year. 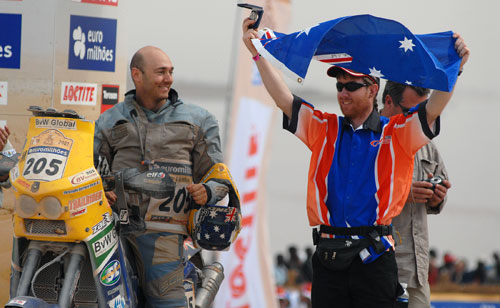 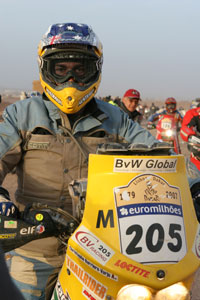 The race originated in 1978, a year after racer Thierry Sabine got lost in the desert and decided that it would be a good location for a regular rally. Originally, the rally was from Paris, France to Dakar, Senegal, interrupted by a transfer across the Mediterranean.

However, due to politics and other factors, the course, including origin and destination, has varied over the years as is the case for 2009 and 2010 when the Dakar Rally has moved to South America due to political instability in Africa.

Fans of the Dakar and TV shows Long Way Round/Long Way Down can buy DVD’s of “Race To Dakar” – a documentary series about motorcyclist Charley Boorman’s entry into the 2006 Lisbon-Dakar Rally.

Argentina and Chile will play host to more than 362 Teams from all corners of the globe including 4 Australians: Garry Connell, Christophe Barriere Varju, Rob Pollard and Bruce Garland.

These men and women will compete in the race with 176 motorcycles and all-terrain vehicles, 134 cars, and 52 trucks through roughly 9000 kilometres of merciless terrain.

Beginning in Buenos Aires, Argentina the mix of amateur and professional drivers will navigate the spectacular Argentinean and Chilean countryside during the 14-stage (7 each in Argentina & Chile) on and off-road endurance event.

In the ultimate test of stamina and strength, the participants will find themselves experiencing South America at its most diverse and challenging.

From crossing the Andes mountain range to negotiating the searing Atacama Desert, the Dakar offers competitors nature at its stunning, and often most punishing, best.

In the past the magic of the Sahara desert & the appeal of the unknown have attracted many entrants to the rally. In this years Dakar the competitors and the caravan will discover the Atacama Desert, the most arid of all deserts on the planet, tough as well due to its altitude, offering incomparable landscapes. 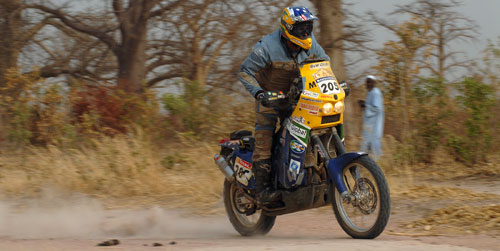 To coincide with the on-air coverage, SBS will publish the official Australian Dakar website including race results and standings, stage profiles and maps, video highlights and latest news available online 24/7.

5 Replies to “Dakar Rally Coverage on SBS TV and Website”