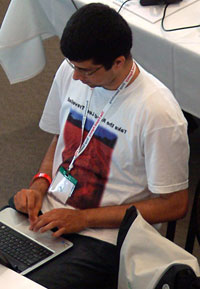 This is a list of articles / other media work I’ve done as a freelance journalist during April 2010. I intend to continue writing freelance articles and do more radio interviews in the future. They will be linked to on a monthly basis.

Note: I moved house and my office during this time so only had time to do a bit of freelance work listed below as well as an article for ABC Unleashed which has been submitted to the editor and is in the queue for publication.

ABC Radio Australia Tech Stream – Interviewed regarding the pros and cons of 3D TV (mostly cons except for gaming).

One Reply to “Freelance Journalist Work for April 2010 #4”