GUEST ARTICLE: As a film reviewer, I manage to see quite a few good films over the course of the year, and I keep my pulse on Australian releases. My friends have learned to tentatively ask me for my opinions, knowing that I could easily gush over something that most people would pay to avoid (the Chauvel screening of the incredible “Russian Ark”), or that I’d fly into an inconsolable rage over the popularity of some mind-numbing tripe (the commercial success of Norbit in Australia). 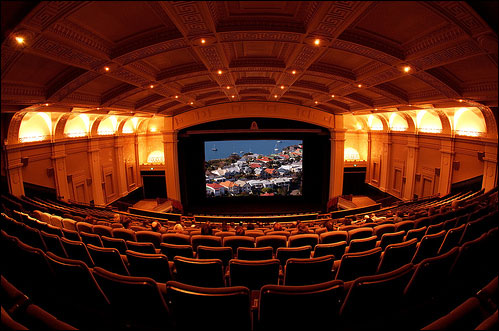 Still, when Neerav asked me to write a guest post on movies coming out in 2008, it had me stumped. Certainly, I keep an eye out for movies that I’m looking forward to, and there’s enough buzz in the Sydney community to feast your hopes on, but an actual list? That proved to be something difficult.

{{lls}}This year, there’ll be quite a few big-name movies coming out, and I’ll usually end up reviewing most of them. Off the top of my head:

And so on. But you already know that you want to see those. And the newspapers, the TV and your friends will remind you constantly about those movies.

Instead, I came up with a list of movies that, hopefully, readers might not have heard about, but films that I think could prove to be entertaining and provoking.

It’s the first Western film from acclaimed Taiwanese director, Hou Hsiao-Hsien, combined with French production and starring Juliette Binoche. Hou has been hard at work in Taiwan, leading the New Wave cinema movement, and this film has been snapped up in Europe.

Le Voyage… is the story of a Chinese student in Paris, a topic that may be elusive to some audiences, but I imagine the international student base in the CBD will be thrilled to see their experiences brought to life. Binoche is a wonderful actress as well, with her soft eyes and silent, tight-lipped mouth.

It’s hard to predict if the film will see a major release in Australia, but, luckily, it’ll premiere in Sydney at the French Film Festival. If you’ve got the time to spare, and $15 burning a hole in your pocket, pass on that next Long Island Iced Tea and give Hou a chance.

While it’s in the currently popular genre of American Quirk, Juno is still a movie that excites people after they’ve seen it, despite all the mixed reviews. I heard about it last year, when Sundance reviewers were bouncing off the walls after the preview, complimenting the movie’s wickedly quirky script and the indie rock soundtrack.

The script, by Diablo Cody, made sure that quirk fans were sure to jump all over this, but With Ellen Page and Michael Cera starring in the film, it was easily marketed to mainstream audiences, who are stretching and clawing out for something a little different. It’s a genre that could almost be called ‘sub-Hollywood’, where prominent actors go slumming in indie backwaters, hoping to latch onto a project that’ll go big and give them the indie cred they so desperately want.

Juno has been quite popular here in Australia as well – it’s out at Palace Cinemas as we speak.

I first read about this movie in Playboy magazine, which is an unusual place to get film news, but there you have it. In a magazine famous for pictures of naked women, I got excited by a preview of a movie that depicts a showdown between Star Trek nerds and Star Wars geeks. Why both groups can’t get along is hard to understand, harder, almost, than deciphering the political ambitions of the Colombian guerrillas.

“Fanboys” looks to be a culture-skewering comedy with geek-comedy galore. I suspect that fans of both universes will love the references and insults, while the average moviegoer might think it’s a sad little world.

Still, it’s a project that’s garnered the approval of George Lucas, who authorized use of the official sound effects to be used in the film, and Kevin Smith, geek-turned-director, absolutely loved what he saw of it.

It’s the dawn of the geek and it shows… a movie like this might have been unthinkable before 2000. Now, geeks can cackle and enjoy the culmination of years of disdain and contempt. This is a movie for the geek inside you. Yes, it’s there.

Since 2000, Woody Allen has made at least a movie every year, and 2008 will be no different. “Vicky Cristina Barcelona” is Allen’s first movie to be shot in Spain and stars Penelope Cruz, Javier Bardem and Scarlett Johansson. Cynical cynics will likely simper and suggest that I’m looking forward to this movie only because of the rumours of a lesbian sex scene in the movie, but the truth is that I’m a massive Woody Allen fan – even going so far as to attempt to watch every one of his movies.

I’ve made it through 15 of his roughly 40 movies. In fact, I’m such an admirer of Allen’s work that I don’t even care what it’s about, who’s starring in it, or even if the reviews were good. He writes in his name in the ‘Director:’ blank and I’ll buy a ticket to go see it.

Audiences have been torn over Allen’s post-millennium work – naturally, I’ve enjoyed it – but I think the real terminology to describe cinema goers is ‘Woody-fatigue’. His first movie opened in 1965, and, while he’s had a great run, fickle audiences have found new, less adopted-children-seducing directors to follow.

Still, I’m looking forward to this film, especially to see Allen’s take on the Spanish landscape. Let’s hope it makes it to Australia!

Ever since Hunter S. Thompson’s suicide in 2005, people have been digging through their piles of material, looking for anything that might be tangentially related to the good doctor. Longtime collaborator, Ralph Steadman, published a few letters that Thompson wrote, and several biographies seem to be forthcoming, despite the cries against demystifying an American legend, one of the true outlaws.

Thompson’s first novel was written in his younger years, when he was writing for a paper in Puerto Rico… it lacks the savage bite of his more matured writing, but the indefatigable Thompson wit is full-on here, with a glass of rum accompanying him, rather than his Kentucky Bourbon.

What makes this an exciting film project is that Johnny Depp is rumoured to be signed on to play Hunter S. – Depp is a huge fan of Thompson and spent quite a bit of time with him to play Raoul Duke in the cult classic “Fear and Loathing in Las Vegas”.

“The Rum Diary” is bound to be less psychedelic and more coherent than Gilliam’s wonderful creation, but that doesn’t mean that Dr. Thompson will be restrained. I’m not sure if this is slated to appear in 2008 or 2009, but us poor Australians will have to wait, I bet. 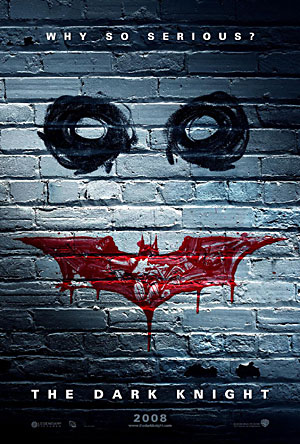 This is a highly anticipated sequel to “Batman Begins”, the Batman movie by Christopher Nolan that brought fans back on board. Instead of going cartoonish, Nolan pleased audiences with his creation of a Batman that was morose and sullen.

Nolan returns to the director’s chair with “The Dark Knight”, but this time he brought Heath Ledger on-board to play the Joker.

Of course, as everyone knows, Ledger passed away from an accidental drug overdose.

His appearance in the film, which, judging from the marketing materials released by the studio, show Heath to be quite a grim looking Joker, morbid and deathly… it’ll be quite an apparition to see him on the screen, posthumously, an effect that hasn’t chilled audiences since Brandon Lee in “The Crow”.

“The Dark Knight” doesn’t really belong on this list of movies that are under-hyped, but I’m an easy sucker for comic book movies – add in the black spectre of death that followed this production, and it makes for a spooky atmosphere.

As of the writing of this post, “Grindhouse” is actually in the cinemas, at this moment. Well, it’s playing at the Chauvel Cinema, here in Sydney… it was only supposed to play for a week, but the huge demand and uproarious audiences compelled the cinema management to keep the movie going.

It’s the Rodriguez/Tarantino double feature that tries to emulate those old pulpy theatres in America, where the audience was a mixture of vagrants, exhibitionary perverts and cinephiles. The smell of sweat and fake butter went hand-in-hand with a double screening of horror and exploitation flicks, and the two directors wanted to give their entry to the genre.

Unfortunately, the movie did very poorly in the US, with cinema owners reluctant to give screens to a movie that went for three hours and had fake commericals and trailers in it. Whereas the movie was chopped for distribution in the UK, the Chauvel was insidious enough to get a limited release of the original “Grindhouse” and showed it to packed, howling crowds in Sydney.

It’s a fantastic melange of old-skool horror, car chases, daring stunts and graphic violence. Most of all, it’s fun. Fun for those you that like the exploitation genre, fun for those of you that like big, loud movies. It’s a tribute to making movies out of passion, and it ends up being a glorious event.

Jia Zhangke’s 2007 movie will hopefully make its way into the Sydney Festival, at the beginning of 2008, then go on to a limited release/DVD release in Australia. That is, if anyone gives Jia credit… one of modern cinema’s foremost auteurs, Jia Zhangke makes movies in his native China that are filthy, sparse and easily dismissed as dull.

In my mind, however, his film are anything but dull – instead a gripping, harrowing look at a reality that’s used to make surprisingly poetic cinema. Still Life won accolades in Europe, but we’ve yet to see Jia receive acknowledgement in Australia. Here’s hoping in 2008!

I’m quite interested to see Still Life – and lucky, as a friend from China brought me the movie on DVD – which concerns the lives of rural villagers living near the Three Gorges, one of China’s most spectacular natural environments, whose village will be destroyed for the immense Three Gorges Dam Project.

The film has won accolades in Europe, and has raised the profile of Jia to the point where the Chinese media is trumpeting him as one of their icons of ‘national pride’.

While I definitely keep my eyes out for movies that I know I like, the best thing about cinema, for me, is the discoveries. Getting an invitation to review something, expecting it to disappoint – and then being blown away by the experience.

By far, the most rewarding way to see new movies is at the various film festivals that play around major cities. Go and check one out – the tickets are usually fairly priced, but festivals come with a charged up energy and the thrill of seeing something that other people wouldn’t normally watch. It’s an awesomely ecstatic experience, and I hope I see you there, waiting in the excited hush of the cinema, moments before the screening, bouncing up and down on the plush seats as the house lights die out…

This 2008 Movie Highlights article has been written by Cibbuano (moviecritic.com.au) a fellow Sydneysider and keen movie goer.